The power of ceremony.

Stone Altar (Sculpture Park) was created to be an intimate yet public space where one can come and take time to reflect on one’s life. There may be something in your life you wish to let go of, to set down. This may be holding you back from fully engaging in your life or merely something you need to finally say farewell to and move on.

Stone Altar gives that place and space to do just that. It allows you to contemplate those things you carry, write them down and then by burning your writing, let it go and then look around and realize you can continue your journey lighter and with hope. In the end it is what you make of it.

We hope that the power of Stone Altar can play a healing role in your life.

Stone Altar was conceived of and brought into existence by a few folks that have been meeting for their morning coffee for over a decade. Motivated by their love of community and their inability to discuss politics and sports every day, they decided to make concrete the vision of the table’s resident artist. It is also a testament to how the power of an idea can take on a life of its on and inspire others to help in its creation.

For example, when we began to look for stone we went to Flagstone Heights in Prairie Grove. We had no funds but we wanted to start the process and to see what was available. When we had picked out some stones we thought we might be interested in we asked the owner about how much we could expect to pay. He said he’d have to weigh them and would give us a price later. He asked what we planned to do with the stones and we told him. When we returned two weeks later he told us he really liked what we wanted to do and that he wanted to donate the stones. Stone Altar began on that generosity.

What has been accomplished so far has been done through acts of kindness both large and small, Friends and strangers have donated the use of tractors or heavy equipment that we needed to dig holes and move and stand up stone. None of what you see at the lot could have happened without the goodwill of those folks. We hope to continue create this gift for all of us.

Many of the ideas that we now have for Stone Altar have come from the visitors who were walking along the trail and inquired as to what was going on. Many were inspired enough to share their ideas of what they would like to see or what could be an interesting addition to the park.

Those ideas included building a pavilion, imbedding some long seat-like stones on the sloping-creek side of the trail to create a gathering place for people to rest and talk, a water feature or fountain, more sculptures, and many landscaping ideas. We feel as though we have started a process that can continue to grow and change over the years. We believe it can become a very special place in Fayetteville to visit on your own or to bring friends and family.

“Stone Altar was inspired by my one trip to a festival in the Nevada desert called Burning Man. Specifically, the inspiration came from the temple at Burning Man, a plywood pyramid in 2012 on the scale of the Great Pyramid of Egypt.

During the week of the festival you would use one of many available markers to make notations on the plywood.  Notes were generally concerning emotional or physical trauma you are someone close to you are experiencing. Also, a passing of someone you had known or regrets you might have. Notes could also be positive, a new birth or a relationship. You were simply asking for a blessing.

The temple is the last structure to burn at the festival. The metaphysical concept at play is that as the structure burns with attached notations there is the release of the trauma or benefit for your involvement. Most of the 70,000 were in attendance for this burn, all of which felt the emotion and power of this ceremony.

Stone Altar is my attempt to reproduce this experience on a smaller and more intimate scale. With the help of good friends and interested observers we established a non-profit, Morning Coffee, and received enough donations to make this project happen. Thank you to all involved and hopefully others might be inspired to help establish other sculptures on the site. Thank you.” 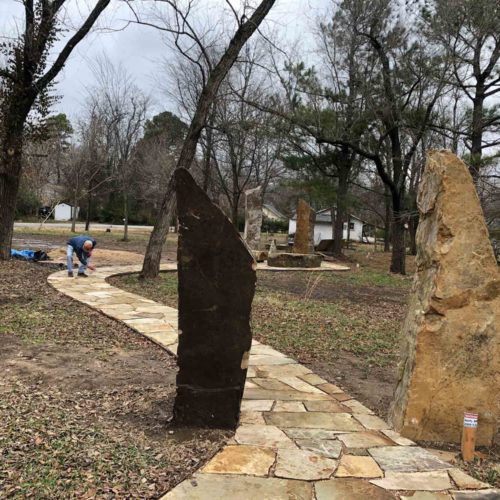 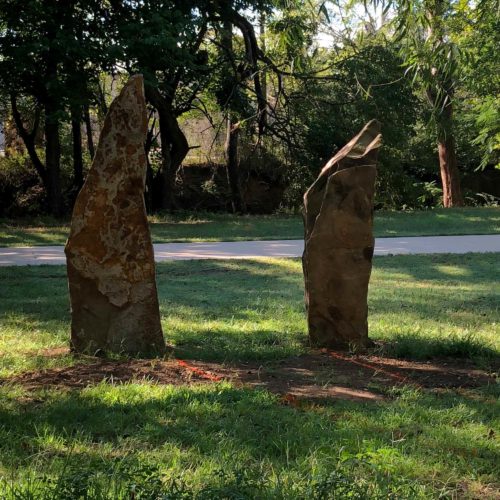 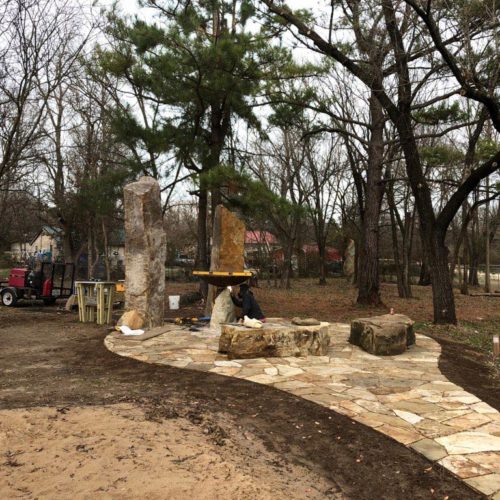 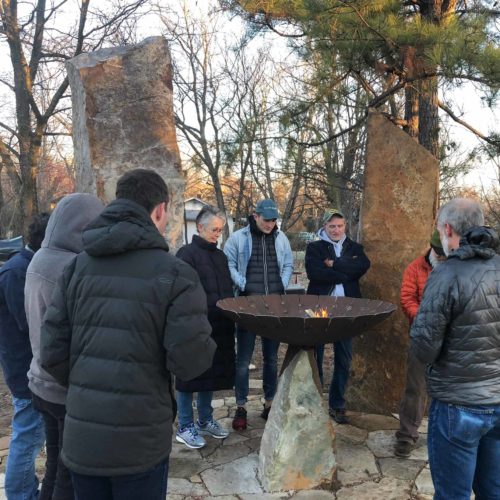 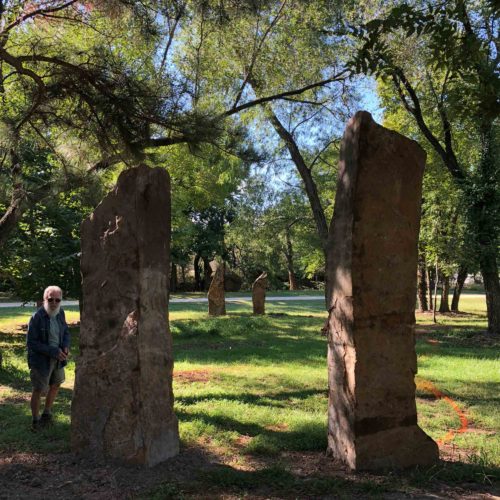 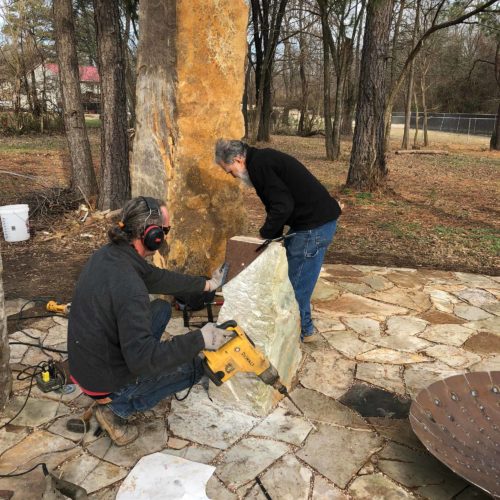 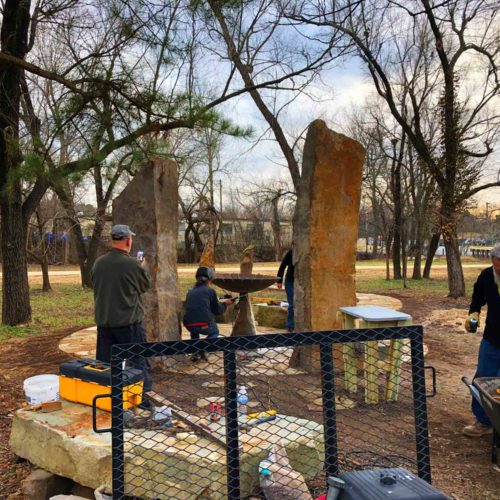 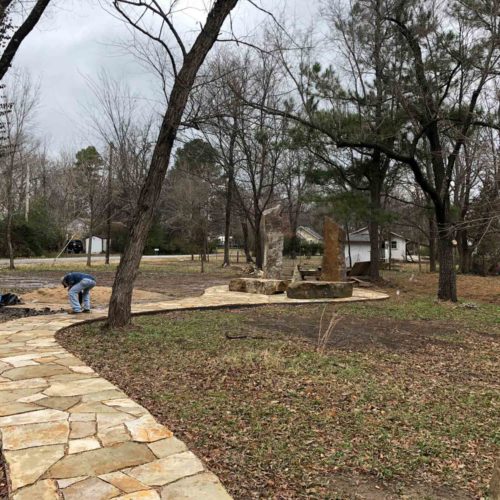 Our original group has formed a 501(c) non-profit appropriately called Morning Coffee. We have formed this organization with the hope of raising funds so that we can continue to make improvements to the park. If you would like to be a part of helping to create this park, your monetary donations would be most welcomed. We will send you a receipt for your donations and if you give us permission we will acknowledge your contribution (without dollar amount) on our web site. I believe it will be a donation you will feel most proud.